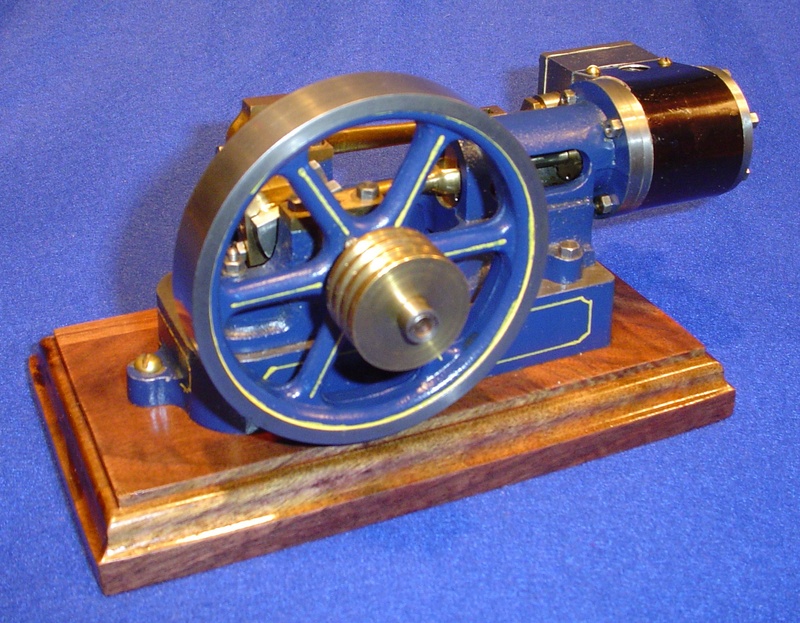 One downside to purchasing engines like these from eBay sources is that many times you are dealing with a secondary seller of an estate item or the operator of an antique store, NOT the original owner or machinist who worked many hours to produce an engine.

Such is the case with the 10H, simply sold as a "factory made" engine by a secondary seller.  I assume that meant it was one of the finished engines Stuart sold, but aside from the fine pinstripping on the engine, I have no way to verify it's parentage. 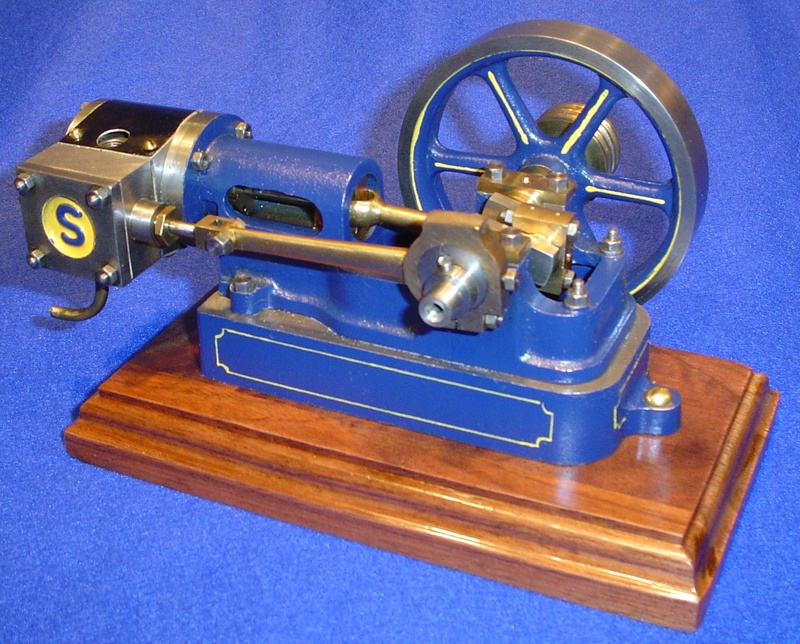 The 10H is the horizontal version of the 10V that follows this section.  The 10H spans 6 inches in length, and has the same 3 inch flywheel and 3/4 inch bore and stroke as the 10V.

Stuart notes the 10H will run from 200 rpms to 2000 rpms making it well suited for driving other models such as their Dynamo or Oil Field Pump (sure wish I had those!!)

Suffice it to say this little engine runs beautifully on live steam from a 3" Jensen boiler or compressed air.  I still have not decided how to mount this engine, but most likely will put it on a nice wooden base.

This example and other Stuarts are in a different class than the rest of my collection...not so much from a size standpoint, but a precision machined engine like this really showcases an individual's work and is closer in reality to the real engines these are based on.  Lovely stuff.

Just for kicks I hooked up the Stuart 10H to the exhaust coming out of the Stuart Beam, both ran just beautifully, a bit slower, more scalelike...but nice...see the video below:

CLICK HERE for an instant video
(sound you hear is the compressor...engine itself is almost silent)